This weekend was quite drizzly and dismal so we decided to have some fun indoors.  There is a place in Mechelen (about 20 mins to the northeast) called Technopolis.  It is a mecca for nerdy parents like us.  All the science and math fun your kid can stand!

As soon as we arrived the kids were jumping and running for joy, they could not wait to get in there and be the geeky children we are raising them to be!

For hours they played and interacted with all the cool gadgets. (Click for large image)

Zane loved the rock show stage and was able to keep the beat. No ideas for Christmas! ok family??

Lily loved the space walk.  Poor thing was so light though that she had trouble touching the ground and needed a little assistance.

This is how kids get lost (no children were lost) but moms like me, get their head stuck on a puzzle and the world disappears. 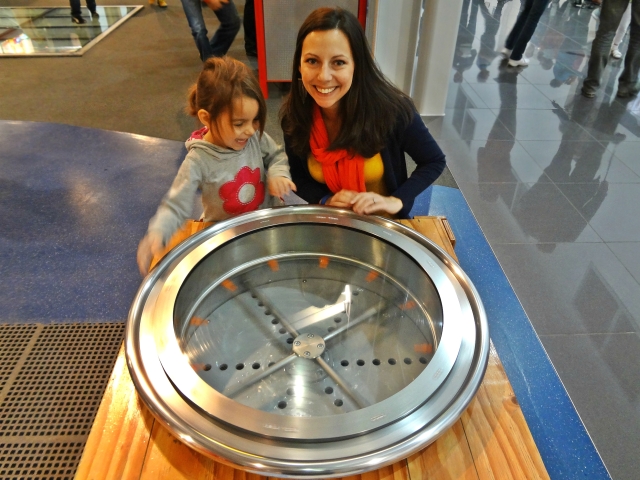 I wonder how many other kids, have dorky parents out there, that are this excited when explaining the Coriolis Effect to their 4 year old…

The kids had a great day but mom struggled. Since mid-last week I have not felt well. My lungs sound like rice krispies when I try to breathe and I can barely fight to gather energy. After a full day of chasing after Zane and Lily my lungs had had it. There are a few things medically that I don’t mess around with, the lungs being one of them. So, that night, I headed back to the same ol’ hospital that I went to a mere 8 months ago, but this time it was different. I’m more confident in my french, I have no problems demanding items such as gloves/alcohol swabs and I know where to park to get a security guard escort at night.

5 hours, 4 blood tests, a chest x-ray, a CT scan and two breathing treatments later I was sent home with prescriptions and an appointment with a pulmonolgist.

As an update, I am feeling better as the drugs open my lungs up.
The story of how this came about is rather embarrassing because it is dumb on my part. As Fall approached I noticed that mold had begun to grow on the ceiling and on the top tiles of our shower. The bathroom is small, the showers are hot and the ventilation is not the best. Last week I got up there to scrub away but didn’t use basic mold cleaning protection, a mask. I didn’t notice that I was inhaling mold spores deep into my lungs as I cleaned I only thought about how pretty the ceiling had now become.
So, a word to the wise. When cleaning mold, always wear gloves and a mask, or you will end up in a Belgian ER.

Sitting on dirty gurneys that still have someone else’s blood on them. 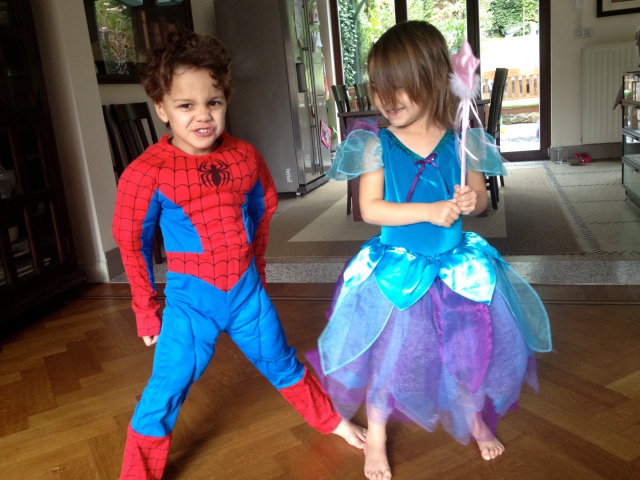 And Bonus videos that were found on my phone!
Kids on their Strider Bikes
Mom trying to speak Dutch