And back to Houston we go…
Zane and I drove back to Houston following the surgery in Dallas and spent some much needed days resting and sleeping. Zane was doing well with his post-op pain, except when it was time to take medication. Because the people who make pain medication stick so much citric acid in the solution, it burns like fire going down the back of the throat. I even tried some, it burned my throat, and I hadn’t had surgery on it! Poor guy.

Lily constructed her legos and did various projects around the house.

Nana and the kids built a beautiful gingerbread house.  Lily was quite disappointed that she couldn’t eat it like Hansel and Gretel got to.

We also headed over to Uncle Matt and Aunt Melissa’s house so that we could take a Christmas card picture.  More importantly I got to see my nephews for the first time!  I love getting to see them on the blog that their parents keep.  But, there is nothing like getting to hold them in person.  Lily, as per normal, was refusing to cooperate in the family photo.  We did finally get one good shot, but above is an example of her standard group photo look.  She’ll grow out of it right? 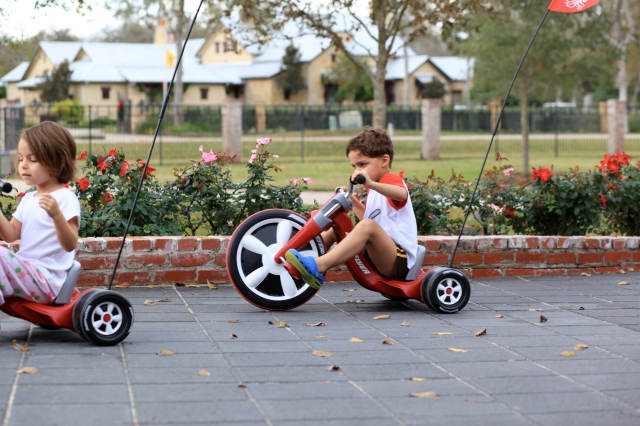 At the end of the week, Zane was feeling better so he got to get outside and get some fresh air riding their new bikes.  Nana and Pawpaw’s circular driveway became a racetrack in an instant.  We had to stop Zane every so often for breaks and to cool down.  Poor kid didn’t realize he had just had surgery!

Mid- week, Zane and Lily headed over to Pop and NéeNée’s house for more grandparental fun. 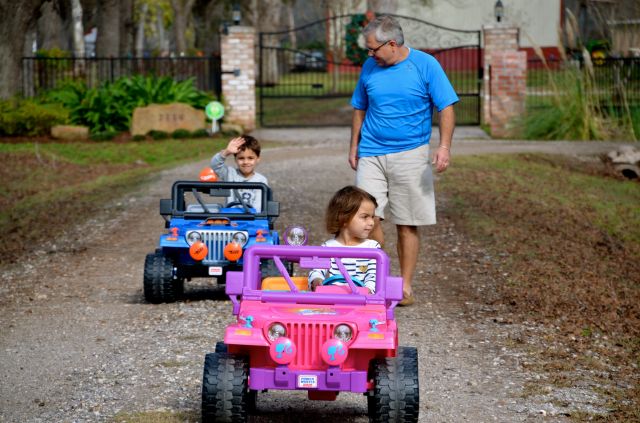 Zoomed around in Jeeps

Played at the park

And took a trip to the Houston’s Children’s Museum… 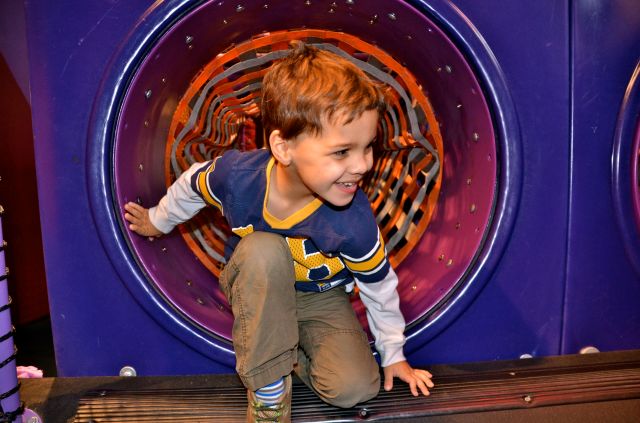