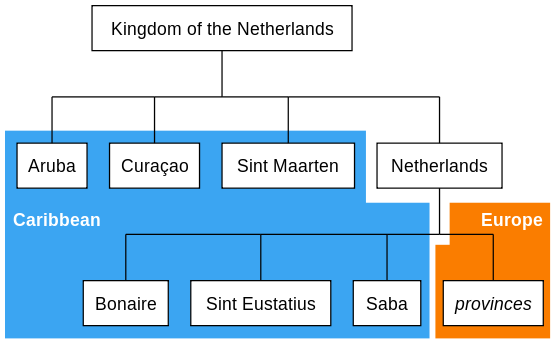 But here is where it gets confusing in 1806, Napoleon Bonaparte gave The Netherlands (which looked different than it does today since the French owned parts of it) over to his brother Louis and renamed the whole country The Kingdom of Holland. In a few years, Napoleon was not happy with his brother. His brother dared assimilate to the Dutch culture and learned the language. Something that even the present day French people in Belgium hate. After Louis’ death, Napoleon was so annoyed at all this “French people trying to be Dutch crap” that he dissolved the Kingdom of Holland and wrapped it into the French Empire.

In 1815 The United Kingdom of The Netherlands was created (thanks to the Congress in Vienna who had to sort out all this political mapping junk after The French Revolution and the dissolution of The Holy Roman Empire). This United Kingdom of The Netherlands included Belgium and Luxembourg.
The Belgians rebelled against that whole deal in 1830 and became it’s own country
The Luxembourgers stopped all that in 1890 and became it’s own country
Which left the Netherlands to how it pretty much looks today.

Other fun historical facts. Don’t underestimate the impact that The Dutch have had on shaping our world. The Dutch formed New Netherland (which was present day New York, New Jersey, parts of Connecticut etc), named the island of Manhattan New Amsterdam, set up a place called Harlem (Haarlam is the capital of the province of North Holland). New Zealand (Zeeland), Dutch Indies…Such a small country with such a huge impact.

Not to be confused with the Luxembourg Flag

Aruba (picture from our 2007 vacation)

Oh and the French call The Netherlands region ‘Pays-Bas’. But let’s not get into that.